The most watched sports program that is watched more than any others is the super bowl. The first Super Bowl was January 15, 1967. The Kansas City Chiefs, led by Hank Stram, were playing the Green Bay Packers, led by Vince Lombardi. The Packers ended up taking the win with the score of 10-35. Since Vince Lombardi was the first coach to win the Super Bowl, they named the Trophy after him.

The first time the 49ers went to the Super Bowl was super bowl XVI (16). Their head coach at the time was Bill Walsh and they were playing the Bengals led by Forrest Gregg. The 49ers ended up with the win 26-21. The M.V.P. of that game was Joe Montana, the quarterback (QB) at the time. Now we have Super Bowl 54 with the San Francisco 49ers led by Kyle Shanahan and the Kansas City Chiefs led by Andy Reid.

At the start of the game, the 49ers won the toss and decided to kick the ball to the Chiefs. The Chiefs got the ball first and the 49ers forced a 3 and out, which made the chiefs punt the ball. The 49ers get on offense to hit the Chiefs with some explosive rushes and a few passes. The Chiefs did not let them get in the end zone, so they had to kick a field goal. The Chiefs are now back on offense hitting the 49ers with the passing game. When they got in the red zone, the QB, Patrick Mahomes got in the end zone with the use of his legs. The score at the end of the first quarter was 7-3 chiefs.

In the start of the second quarter, the 49ers had the ball. On the second play, Jimmy Garoppolo got hit and threw the ball; it was intercepted by Bashaud Breeland. When the Chiefs got the ball back, Mahomes threw a pass to Sammy Watkins for 28 yards. They drove down the field and ended up with a field goal. The 49ers got the ball and drove down the field for 80 yards. Garoppolo threw a touchdown pass to Kyle Juszczyk. The score was 10-10 by halftime.

In the halftime show, Jennifer Lopez and Shakira sang their hit songs while dancing in bright, popping outfits, celebrating Miami’s Latino population and their heritage. The show drew attention for its visuals of children in cages, alluding to the poor treatment of Latino immigrant children at the border. Guest singers include Bad Bunny, J. Balvin, and Lopez’s eleven year old daughter Emme Muniz.

In the second half, the 49ers got the ball and drove 60 yards down field in 9 plays. They ended up having to settle for a 42-yard field goal. When the Chiefs got the ball back, Mahomes threw a pass that got intercepted by Fred Warner. The 49ers were doing very good but the game was not over yet. With the score being 20-10, the Chiefs  had to make a big comeback. In the 4th quarter, they put up 21 points, winning the game 31-20. The 54th Super Bowl M.V.P was Patrick Mahomes. 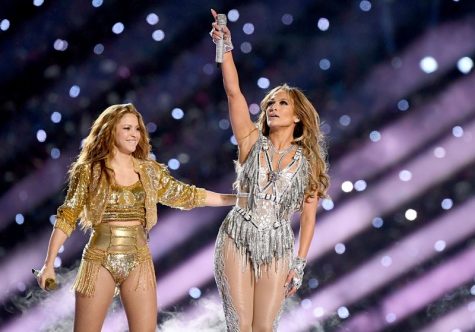