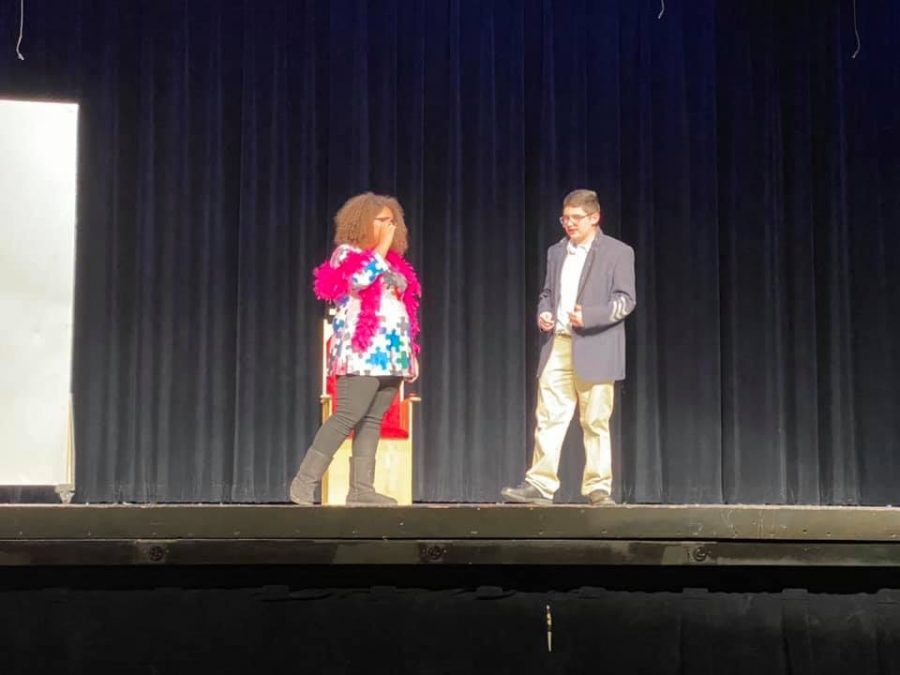 On the weekend of February 7 – 9, 2020, the Griffith Theatre Company performed their four student-directed shows for the Fourth Annual Middle School Drama Night. Each show had a different theme.

The first show was titled Nobody To Murder. It was a murder mystery, like several other shows the Griffith Theatre Company has put on in the past. The show was directed by Aseret Baez and Vincent Zarndt. The second show was titled Sir Gawain and The Green Knight. It was set in medieval times and was an action filled show, directed by Abby Morrison, Kyle Rassel, and Gabby Fink. The third show was an all high school cast production, titled Don’t Fear The Reaper. This show was a crowd pleaser, and full of comedy and drama. It was directed by Abby Wroblewski, Daniel Sheffield, and Bella Andressien. The fourth and final show was titled Dystopia! A Hungry Maze Game of Divergent Death. This show was a spoof of famous titles such as The Maze Runner, Hunger Games, and Divergent, directed by Connor Crafton, Ashley Taylor, and Grace Wothke.

Each show was student directed by high school students who participate in the high school drama season regularly.

One of the three directors of Sir Gawain and the Green Knight was junior Kyle Rassel.

“It was a struggle to direct this show, but it was overall a rewarding experience. I’m glad I was able to be a part of a show that was so different from anything else we’ve done,” said Rassel.

Before each show began, the student directors were able to introduce their directed show in front of the entire audience. One of the directors of Dystopia! A Hungry Maze Game of Divergent Death, junior Grace Wothke, thoroughly enjoyed announcing her show.

“Announcing my show in front of the audience was such a rewarding experience because it allowed for the student directors to be recognized by the audience, and show all of the hard work and dedication we put in,” said Wothke.