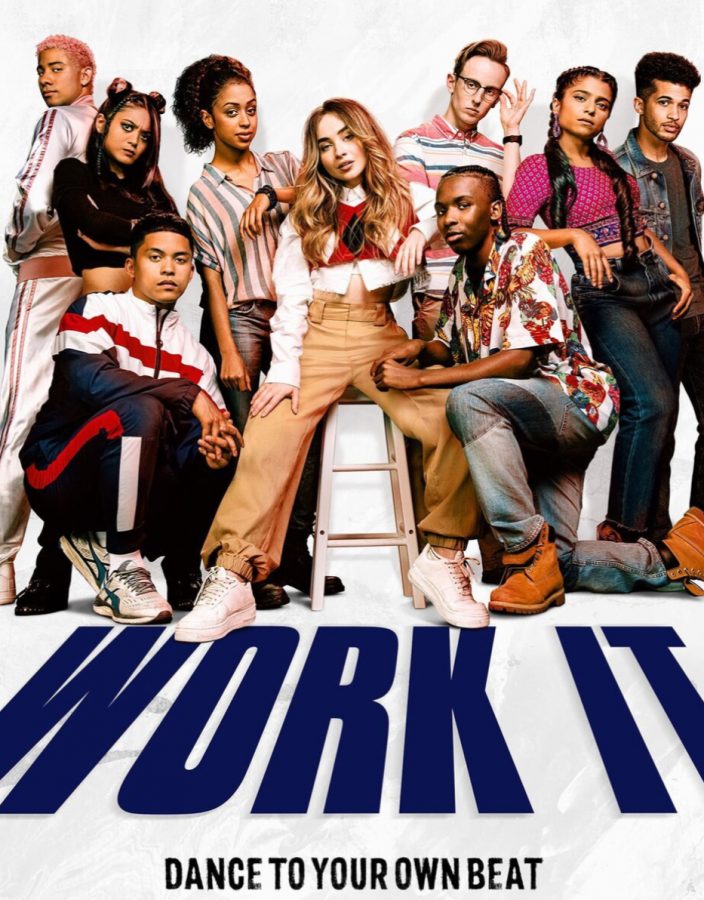 On August 7, 2020, Netflix released a new coming-of-age, original movie, unlike anything they have ever shown before called, “Work It”, starring former Disney channel alums Jordan Fisher, Sabrina Carpenter, and social media star, Liza Koshy. Directed by Laura Terruso and produced by Alicia Keys, “Work It” takes us inside the life of a studious young girl named Quinn Ackerman (Carpenter). Quinn is informed that her college application for her dream school, Duke University, will not stand out to the college admissions team like she had hoped. Crushed by learning this new information, Quinn lies to make her application more exciting by saying that she’s a member of her high school’s elite dance team, “The Thunderbirds,” which is very popularly known around the state for being reigning champions of the “Work It” dance competition. The worst thing about it: Quinn has zero dance experience. After failing to impress her high school dance team’s captain for a chance to be on the team, Quinn decides to take on a new challenge and start her own dance team. She recruits her best friend and aspiring dancer Jasmine Hale (Koshy), and a few other less than mediocre dancers for her team, along with former champion of the “Work It” dance competition, a young man named Jake Taylor (Fisher). He works with the team to choreograph their dances and ends up helping them find their true potential. He also inspires Quinn to become a more laid-back and relaxed version of herself, one where she actually enjoys dancing. The movie a dance comedy that introduces a wide variety of styles of dance, but also describes the life of a girl trying to find the balance between love and friendship.

Junior Aseret Baez said, “The choreography was very interesting and different, and it was portrayed beautifully. I also enjoyed Sabrina Carpenter’s acting because even though she’s a dancer, she was still able to act like she had no dance ability whatsoever.”

“Work It” is a well-rated movie because it connects audiences together worldwide though the universal language of dance and the diversity of the cast starring in the movie. The poster for the film includes people with all different shapes, sizes, colors, and orientations, which is quite different, compared to generic love story films. It’s an inclusive film where everyone watching can see themselves reflected on the screen and relate to the storylines. It shows that dance is ultimately for everyone. “Work It” is now streaming on Netflix with paid subscription.