These Halloween Movies are the Treat of the Season 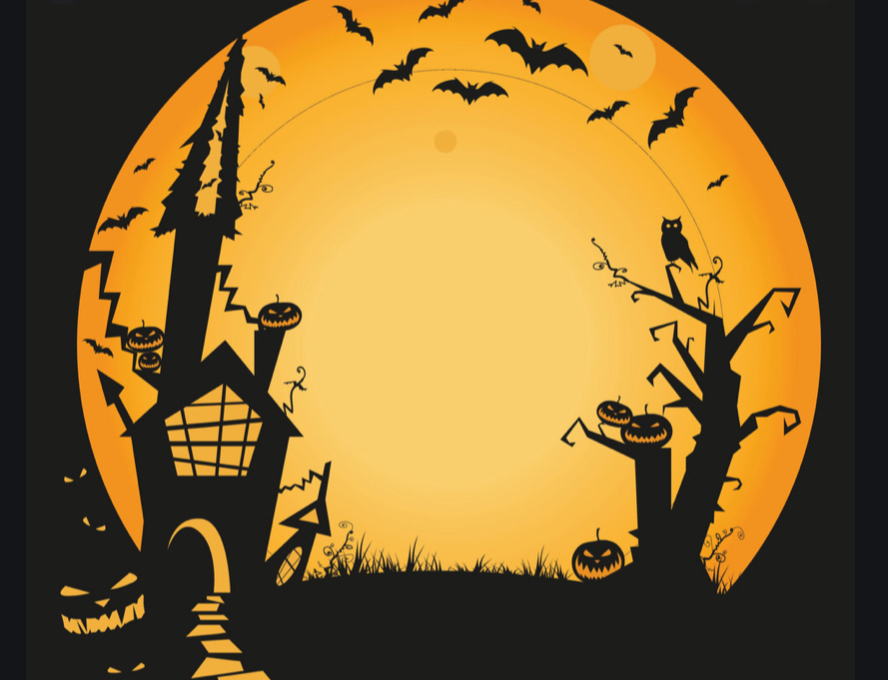 Hocus Pocus:
My first movie, Hocus Pocus, is a pretty well-known and a beloved movie, but I’ve recently discovered a few people who have never watched this. This movie is a staple for my family and I since we watch it so many times each year. I’ve not only seen it from my TV screen, but also on the big screen at the movie theater and at the 49’er Drive-in, which were both lovely experiences. This movie is fantastic in so many ways, that if you haven’t seen it yet, you need to make it a top priority before another spooky season has passed. A quick synopsis of the movie: The Sanderson sisters are summoned back from hell after a virgin, Max Dennison, lights the black flame candle. Before sunrise, they need to take young souls to stay alive beyond the night. Unfortunately for the characters Max Dennison, Dani Dennison, and Allison accompanied by black cat Binx and undead Billy Butcherson, the Sanderson sisters are after them since Max stole the witch’s book of spells. As the night continues, they try to stop the sisters before they achieve their goal of immortality. After watching this movie, you may wish you had a magical black cat, but I’m sure a lovely black cat is waiting to be taken home from a local shelter. The movie incorporates so many entertaining elements from the immortal seeking witches, a magical cat, a sassy zombie, and our group of protagonists trying to rectify their mistake of lighting a spelled candle. The movie may be a little cheesy at times, but it is guaranteed to put a smile on your face as the journey unfolds.

Practical Magic:
The next movie is Practical Magic and has become a favorite of mine in the last few years. This witchy movie was recommended by a family member, and ever since then, it has become a tradition to watch it every year with my family. I seem to love watching movies that incorporate all aspects pertaining to witches, as you may have noticed. One of my favorite elements of this film is the amazing casting of Nicole Kidman and Sandra Bullock in the lead roles. My favorite element is the plot, since what is a story without a plot? A quick synopsis: The Owens sisters are born into a magical family, but they have a curse set upon them that destines that the men who love them will have an ill fate. They may have magical abilities, but they make the effort to refrain from using their powers until Gillian involves her sister Sally into a messy predicament involving her boyfriend. The situation between them all escalates and he ends up dead, but with the help of black magic they decide to try and bring him back. Everything quickly goes awry when a cop shows up investigating the sisters while an evil spirit embodies Gillian’s boyfriend’s corpse. They quickly learn that the only thing to fix all this will be magic, but they need the help of unlikely allies in the final act. I quickly fell in love with the characters, especially Sally since Sandra Bullock’s performance was such a highlight of the film for me. This is a great movie to watch if you like a tad darker story involving witches in quite the scary predicament.

Fright Night:
Diverging from films with witches, we move on to the next supernatural creature for this movie: blood sucking vampires. The 1985 Fright Night had to be in this story without a doubt. In my opinion, this is one of the best movies to watch during the season because of the glorious script. A quick synopsis of the movie: Teenage Charley Brewster notices his new neighbor and he begins to form an outlandish theory he’s a vampire. Nobody seems to believe his theory when the neighbor, Jerry Dandridge, is as charming and friendly as can be. Charley is too soon trying to keep the ones he loves safe with the unlikely help from Peter Vincent, a television vampire hunter who may not have the same skills as shown on his fading show. Unfortunately, someone Charley loves is taken by Jerry and it is up to Charley to save them before it’s too late. This film is really entertaining with its 80’s cheesiness, especially with the special effects for the vampires. If you don’t mind those aspects of the film, it’s a great one to watch on a Friday or Saturday night carving pumpkins or eating roasted pumpkin seeds. This one is truly a classic in my books and I will never stop rewatching this film as I embrace the time where creatures may be lurking in the shadows. When you watch it be sure to take notes from Charley and Peter Vincent since you never know when you’ll have to fight your vampire neighbor from next door.

Paranorman:
In this next movie, Paranorman, no one is safe from the undead’s grasp. I never really hear anyone talk about this film, which is surprising since the film’s clay animation is haunting and beautiful. It’s one of those perfect animated films to watch, especially if animated movies aren’t something of much interest. I’m not the biggest fan of animation in films, but when this one came out I really took a liking to it. A quick synopsis: Norman Babcock can see the ghosts that realm the other side and has found himself favoring his communication with them with the living. One day his Uncle’s ghost warns him that the witch’s ghost will rise and that her curse will come into fruition by tonight and it is up to him to prevent the curse from overtaking his town. The witch plans to use an undead army, rising the dead from their graves to further enact her curse. Norman must find it within himself and his special abilities with connection to the dead to stop the witch and her curse before his town and the people he loves are gone forever. This one shouldn’t be missed, especially if you haven’t given it a watch yet. The story keeps you captivated the entire time and there are plenty of great one-liners from the side characters who help Norman. One of many aspects about the movie that I love is the ending, which can either make or break a movie for me. While it may be an animated film, it does treat the young characters with a sense of maturity that might slip over the head of younger audience members. Be sure to give this one a chance before a witch’s curse in our town threatens to wreak havoc upon us all.

Twitches:
Last but certainly not least, the movie Twitches is and will forever be a comfort movie to rewatch again and again. This is a classic Disney Channel original movie that is beloved by many, including my sister and I. Not only is Twitches a fantastic movie to watch, but right after there is a sequel, Twitches Too, to be watched. I love watching this move with my sister. Even though we aren’t twins, we have our telepathic moments that convince us otherwise. This is a super entertaining film to watch with your family for a Halloween movie night if horror movies aren’t an option. A quick synopsis: Twin sisters Camryn and Alex are in for a shock when they meet in a store on their 21st birthday, surprised to find a carbon copy of themselves staring back at each other. Each sister has magical abilities connected to either the moon or the sun and expresses themself in writing or drawing. They bond over their new found powers, but too soon, evil invades their lives and their needs in their birthplace, Coventry. They were both sent to Earth when they were babies with their magical protectors, Karsh and Ilena WarBurton, who made sure they were both adopted to loving families. They learn about a prophecy regarding the evil that is no longer just lurking, and they are the ones destined to defeat the darkness and restore Coventry. It is up to the sisters to embrace who they are together and combine their strength to prevail when a shocking twist is revealed. Tia and Tamera Mowry make this movie a hundred percent in my book, and I feel this is evident while you watch the movie. They embody both their characters and anybody who watches this movie can relate to a certain aspect to one of the sisters. There are many fun scenes, but the most heartwarming is when they meet their birth mother. That scene is very touching, since they were too little to have any memories before being sent away for their protection. I highly recommend this film to anybody who hasn’t seen it and I recommend a rewatch to those who have.

Those are my top five favorite Halloween movies I rewatch every year, but there are countless more that didn’t make the cut. Hopefully, you were able to find a new favorite movie or were able to reminisce of why you love some of these movies yourself. As Halloween quickly approaches, be sure to watch your favorite spooky movies, but don’t forget the ones lurking around the corner, waiting to carve a place into your heart.