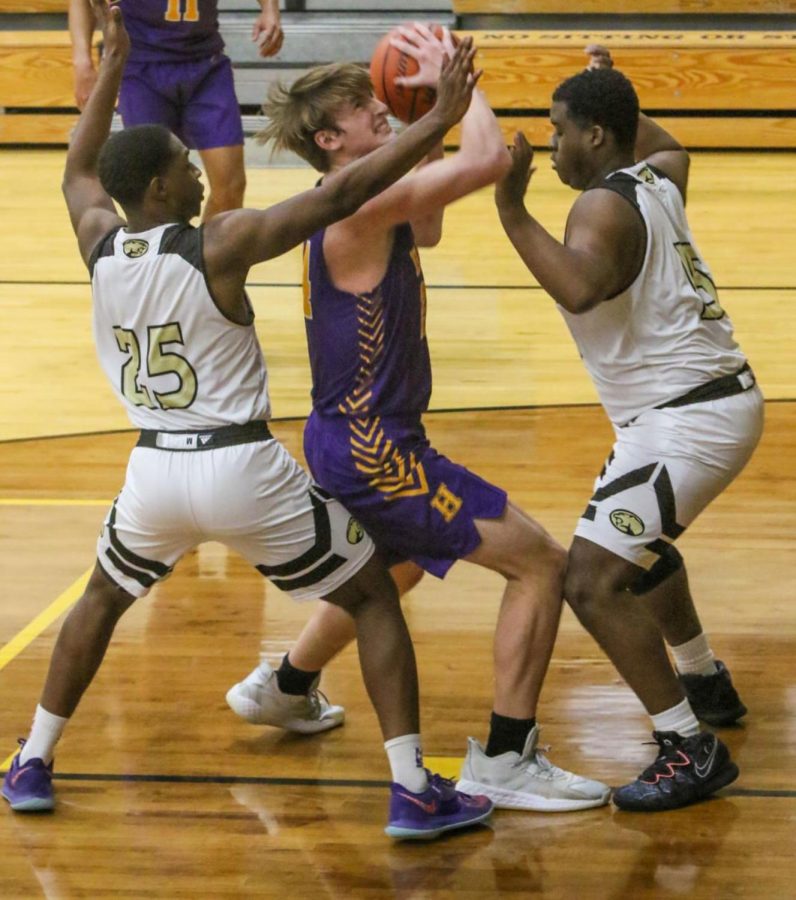 On January 5th, 2021, Griffith Panthers faced off against Hobart. The game finished with a close 43-37 loss for the Griffith Panthers. Despite the loss, senior Jacari Phillips had 13 points on 3-7 from the 3 points line. Senior Schaun Scott added 8 points along with 5 rebounds and 3 assists. Sophomore AJ Ladendorf added 6 points as well as leading the team with 7 rebounds. The Griffith Panthers are hoping to bounce back against Wheeler this Saturday in a big conference game.

Post game, Phillips and Scott were asked what they thought they could’ve done better as a team.

“ I think my team can improve heading into the next game by working better as a team to trust one another more and focus on the goal,” said Phillips.

“As a team, we have to do a better job of not turning the ball over. As the leader of the teams, I have to take responsibility for that. I have to keep the guys under control so we can play our best basketball,” said Scott.

Griffith as of now is 3-6 and 2-2 in the Greater South Shore Athletic Conference. Some sort of winning streak would be needed for the Panthers to push a .500 team this season.