The Negatives of Social Media 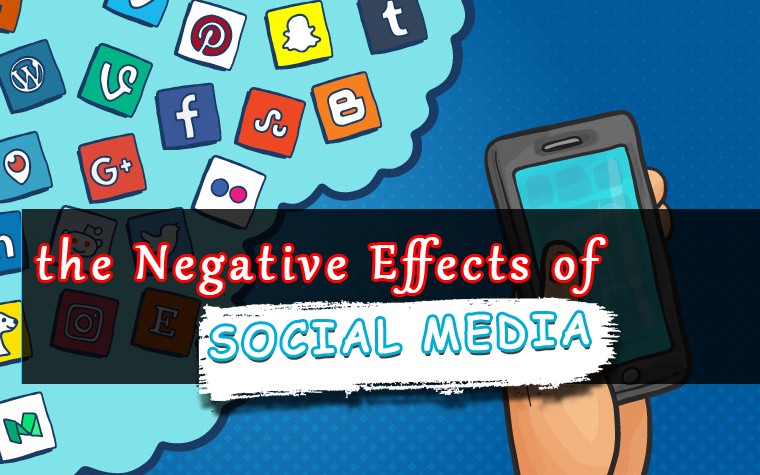 In a world where technology has taken storm and social media apps flourish there is inevitably a downfall. The youths of today are growing up on social media but the negatives may be too much. Online social platforms are a breeding ground for a cesspool of hate. They experience hate in all its forms and some may even be behind the screens doing it themselves. There is an importance when discussing the impact of those who receive hate and those who feel the need to continue its cycle.

The younger generations have an attachment to social media primarily because of the importance placed upon it. They’ve seen their family members and friends scroll through social media and then they were soon doing it as well. Social media sites have many allures that soon become addicting and it can be very easy to keep scrolling. There soon becomes dependability on it, especially when there is easy access to communication, information, and nicely tailored marketing specifically to the individual. Inevitably, social media isn’t without its fair share of negatives that unfortunately leaves its impact on the youths.

Unfortunately, social media tends to uphold unrealistic beauty standards. There is a certain body image that has become a standard and perceived as being the most beautiful. It can often feel alienating when you notice the lack of representation and the way that the bodies that differ are treated. In addition, it may seem like a losing battle if the people who are supposed to have the ideal figure face criticism as well. It can seem hopeless to one day have any confidence in your appearance and own it. Especially since all of those factors may define the way an individual views their body, which usually leads to an unhealthy mindset. It can be especially hard for younger people to embrace and love their bodies while navigating all of this throughout a time of growth and change. It’s a sad reality that’s how anyone can feel because of the unrealistic beauty standards within social media. Altogether, it is incredibly unhealthy to make comments about someone’s appearance and there should be a reminder that every person has a personal journey with their own body. You shouldn’t have to know it to have empathy and carry that with you when you speak about someone else’s body. It’s important to be kind and uplift those of all body types in a space that isn’t always welcoming. All bodies should be celebrated and valued in any given space because all bodies are beautiful.

Regarding the importance of representation of all bodies, junior Cynthia Matos says, “It is important to see all body types represented and uplifted in social media because whether others like it or not, children, younger people, and more can be influenced on social media and the way they see others can be affected by the ways others are portrayed on social media. Seeing all types of bodies represented and normalized show that people should not be bullied for their size because people naturally have different shapes and features, and makes people less likely to beat themselves up about things like their weight.”

At times, social media can be a place full of positivity while other times the hatred can make you sick to your stomach. There are people who seek to spread hate and they will do it every chance they get. It is an unfortunate reality that those people feel the need to do that when there is already too much hatred in this world. The hate that is spread can be jarring and for younger people can be very upsetting to see, especially if it is happening to someone you personally know. When you witness it day after day it’s exhausting and disheartening and can create a very unhealthy relationship with social media. No one needs to be constantly surrounded by negativity online because ultimately nothing good comes out of it. It’s important to realize it’s okay to step away from social media and take that time to pursue activities that bring genuine joy to yourself. Social media might be nice, but when it brings down your mood and outlook the best thing to do is close to the app.

Regarding the way hatred on social media impacts her, Matos says, “Seeing the negativity on social media has definitely impacted me and the way I go about my day after that. Seeing lots of negative things usually riles me up in a way and makes me mad that I’m not in a position to do something about it. I usually have to leave the website and do other things to make me feel better.”

Cyberbullying is a very serious matter when social media is used as a platform to target an individual. Oftentimes, the bullies of an individual are their classmates or people they go to school with. Not only does that mean school becomes a dreaded place, but there provides no escape even with social media. Sometimes social media can be a welcoming distraction to individuals when life gets too overwhelming and it can be a safe space for them. The severity of cyberbullying should not be overlooked because at any point the victim can become severely depressed, they could start harming themselves, and it could lead to suicidal attempts. Bullying of any form can have a lasting detrimental impact far after the bullying has stopped. When you are using social media it is best to be mindful of your actions and the way you use the space. Nobody should be targeted and treated awfully and it is best to take a moment of reflection if you think so. It is crucial to seek guidance whether the individual is the bully or the victim. There is nothing wrong with getting help from a trusted adult to prevent a potential situation where bullying occurs or to stop the continuation of a cycle of bullying. Just because social media can be filled with negativity it doesn’t mean that yours won’t affect the people it’s aimed towards.

Regarding the harmful impact of cyberbullying, Matos says, “It’s important for people to realize the effect of cyberbullying can have on people because lives can be ruined. People can become extremely depressed because of the harassment that some people get on social media. There are so many examples of the negative effects bullying can have on others because people can be empowered to be disrespectful due to the anonymity provided by the internet and the lack of punishment for serious cyberbullying. ”

There is no all-encompassing solution to the negatives of social medial although there are tools to help. If social media becomes too much it may be a good idea to take a detox from those apps and even make it permanent if you find life more enjoyable without it. There is nothing wrong with removing trivial apps that only bring an unhealthiness to your life. People who spew hate are hard to be reasoned with and sometimes it’s best to try and curate your feed or timeline with positivity. It’s a better way to keep social media healthier as you will hopefully have less interaction with hateful individuals. If someone is struggling in a situation where bullying is occurring it is really best to talk with a trusted adult, such as a guardian, teacher, school counselor, or school resource officer. Those are safe outlets where the situation will be handle with care and they will strive for the well-being of the individuals. Social media isn’t for everyone and that is perfectly okay. The most important thing we can do for ourselves is establishing what contributes to our happiness and what takes away from it.