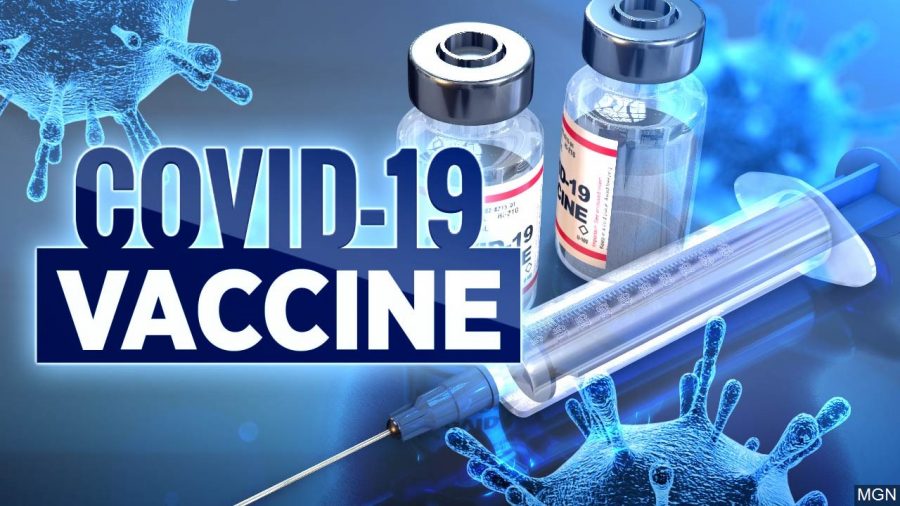 April: There have been multiple new developments with the COVID-19 vaccines, as the CDC (Centers for Disease Control and Prevention) has approved three vaccines for the public to receive as soon as possible: Pfizer, Moderna, and Johnson & Johnson. The Indiana Department of Health stated that everyone over the age of 16 who’s a resident of Indiana was approved to get their first shot for the Pfizer vaccine as soon as March 31, 2021. After the public receives their first shot of the Pfizer, they are required to receive their second shot of the Moderna exactly two weeks later. If they are lucky enough to find a vaccination site that offers the Johnson & Johnson vaccine, residents can get vaccinated through just one shot if they are adults. At Griffith High School, everyone who is able to get vaccinated isn’t required to quarantine for two weeks if they are exposed to someone who has tested positive for the virus. Because of this, the majority of staff members, administration, and students at Griffith have already been fully vaccinated to prevent contamination and the spread of the virus. Those who haven’t been vaccinated yet are rushing to schedule their appointments at drug stores and hospitals as soon as they can in order to enjoy the rest of the school year as normally as they can.

Life at GHS: During the beginning of March, most of Indiana had lowered in their COVID-19 ratings and eventually became a “blue state” on the worldwide map listing all of the states and the number of people tested positive in each state. Warm colors on the map indicate a high number of positive cases, whereas cool colors on the map indicate a low number of positive cases. During the initial spread of the virus, Indiana was in the red as contaminations were pretty high. From that point on, the status of Indiana gradually lowered until it became a blue state with few contaminations. This proved to be beneficial for Griffith High School, as the administration decided it was now safe to bring back some of the end-of-year traditions that the senior class of 2020 had unfortunately missed out on. The junior and senior prom was scheduled for Saturday, May 1, 2021 at The Halls of St. George in Schererville, Indiana. Tickets were sold to the senior class for the first two weeks and then sold to both the juniors and seniors every week after that. Due to COVID-19 precautions still being in place, no out-of-school guests are allowed to attend, masks must be worn at all times, and there’s a capacity limit of students allowed to be in the venue during the dance. Along with prom commencing this year, the senior banquet, the top ten dinner, the National Honor Society (NHS) Induction, etc., have all also been scheduled for the month of May. All of these events are being held with specific mask mandates and social distancing guidelines to ensure that everyone in attendance stays safe and healthy while also being able to enjoy these highly anticipated traditions. The Griffith Theatre Company was also able to perform their Spring play, “Radium Girls” without many complications due to COVID-19. Unlike earlier this school year with the fall production being pushed back due to a quarantine sweep, the drama department was able to perform in front of a live audience on the days they had initially scheduled for the show. Although a few students were unfortunately quarantined and forced to miss out on all the fun, the production was still successful. Middle school drama students were able to step up and take the place of the high school actors who were quarantined during the show. The production went live via a streaming service on Friday, April 23, for those at home who were still worried about attending the production amidst a pandemic. Saturday, April 24, and Sunday, April 25, the students were able to perform without a mask in front of a live audience for the first time in a year. They raked in enough revenue to make up for the lost revenue that had occurred due to COVID-19 preventing the drama department from performing in front of a live audience last year. Everyone in the audience was ushered to their seats by various crew members where social distancing guidelines were set. With the exception of family members, everyone sat two seats apart in every other row with four rows left empty in the front. Everyone was required to wear masks to attend, with the exception of the students performing on stage. Once finished on stage, the students put their masks back on behind the scenes to prevent the spread of germs between their fellow castmates.

In the arm where you got the shot:
– Pain
– Redness
– Swelling

Throughout the rest of your body:
– Tiredness
– Headache
– Muscle pain
– Chills
– Fever
– Nausea

J&J: The Johnson & Johnson vaccine is a one-shot vaccine given in the muscle of the upper arm. If you are able to get this vaccine, you do not have to get the Pfizer and then the Moderna 21 days later. In clinical trials, side effects were common within 7 days of getting vaccinated but were mostly mild to moderate. They were also more common in people 18–59 years old compared to people 60 years and older. People above the age of 18 are only eligible to receive this vaccine, as it’s not been heavily tested on anyone younger than that. The J&J vaccine was 66.3% effective in clinical trials at preventing confirmed COVID-19 illness in people who had no evidence of prior infection 2 weeks after receiving the vaccine. The vaccine was very successful at preventing hospitalization and death in people who did get sick. No one who got COVID-19 at least 4 weeks after receiving the J&J vaccine had to be hospitalized. One major risk of the Johnson & Johnson vaccine has recently been found in women. Women younger than 50 years old may experience blood clots after vaccination. This possible side effect has only been recently found in the J&J, and other COVID-19 vaccines are available where this risk has not been seen.