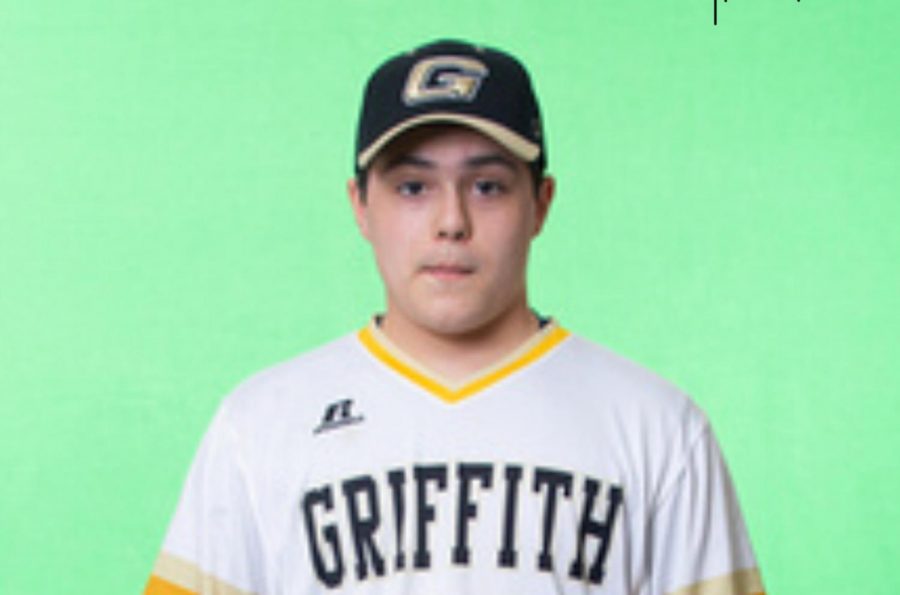 Junior Ian Clark is a star pitcher and a third baseman for the Griffith High School Varsity Baseball team and for a local, competitive baseball team called the Playmakers. Clark is also a great student, as he’s retained his academic standing as third in his class for the past couple of years during high school. He’s even apart of the community service club at Griffith, FCCLA (Family, Career, and Community Leaders of America) where he makes generous donations throughout the school year to animal shelters, children’s hospitals, etc.

Even though Clark is a pitcher and a third baseman, he most successfully shines with his position as a pitcher. Clark, however, says that he does prefer playing third base a little bit more.

“I really like pitching, but it can definitely be stressful at times. If I had to choose between the two, I’d have to pick third base as my favorite position because it’s more laid-back. I can still make plenty successful plays to help our team!”

Clark is even a skilled hitter. This season, he is hitting at a .280 batting average. He also has 5 RBIs on top of 5 hits. Unfortunately for Griffith High School, there wasn’t a baseball season last year due to the COVID-19 pandemic. This didn’t help Clark to improve his batting average number even more than where it’s at currently.

Clark said, “It just sucks losing a year of baseball. It’s something nobody wants, and we’re super lucky to successfully be able to play in several conference games this year.”

On top of all of Clark’s athletic success, his academic career is even more impressive. Clark manages to stay on the A/B Honor roll every semester, even though most of his classes are advanced placement (AP) classes.

“It can definitely get a little tricky at times prioritizing both my school work and baseball,” said Clark. “I’ve gotten used to it though, as I’ve been able to delegate everything I have to do pretty easily so I have a less demanding schedule everyday.”

Clark has a bright future ahead of him. Between his baseball stats and his excellent grades, the sky is truly the limit for him this year.