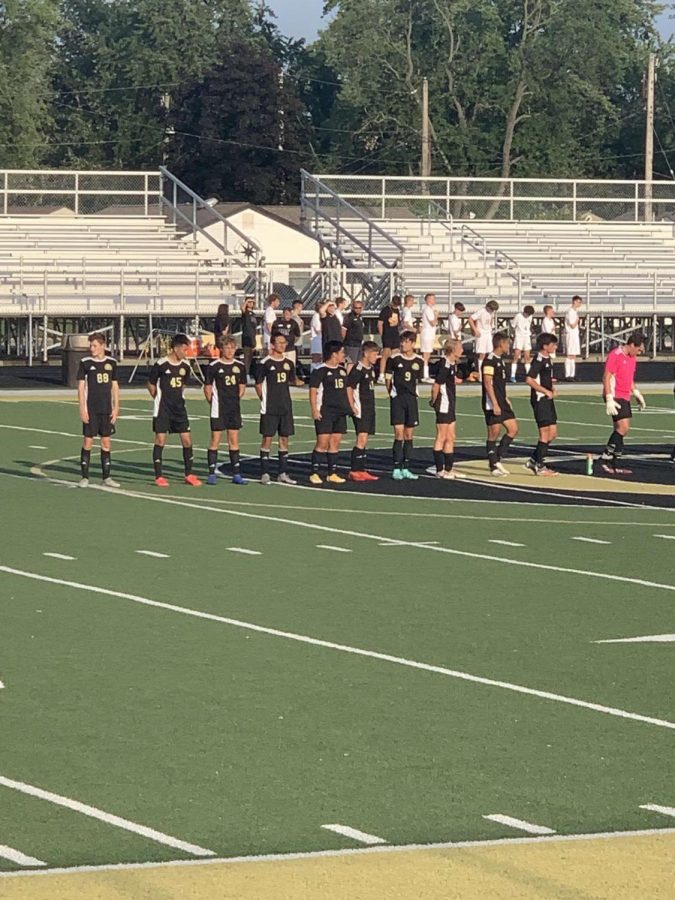 On Wednesday, August 18th, The Lady Panthers and the boys soccer team took a sad loss. The Lady Panthers played at Boone Grove and lost 4-2 where both goals were scored by senior Katlyn Noojin. Noojin’s first goal was assisted by sophomore Kayla Doctor with a pass through the defenders and an upper 90 over the keepers head. Noojin’s second goal was another through ball carried by senior Abby Prunty with a slipped pass through the defenders for Noojin to hit another upper 90 over the goalies head.
“Although we lost, I think our chemistry has been a lot better. Playing against Boone Grove brought back some of our team chemistry we have have been missing all summer, and I think that’s just as important as winning,” said Noojin.
The boys soccer team played at home against Hobart and lost 3-1. The only goal was scored by senior Mekhi Nava, and it was assisted by senior Rogelio Avalos. Junior Collin Pedraza ended up with 7 saves. A majority of the team ended up with cramps, but played consistently well.
Freshman and striker for the boys team, Joesph Lapatra, said, “It was not our best game because we had a lot of injuries.”