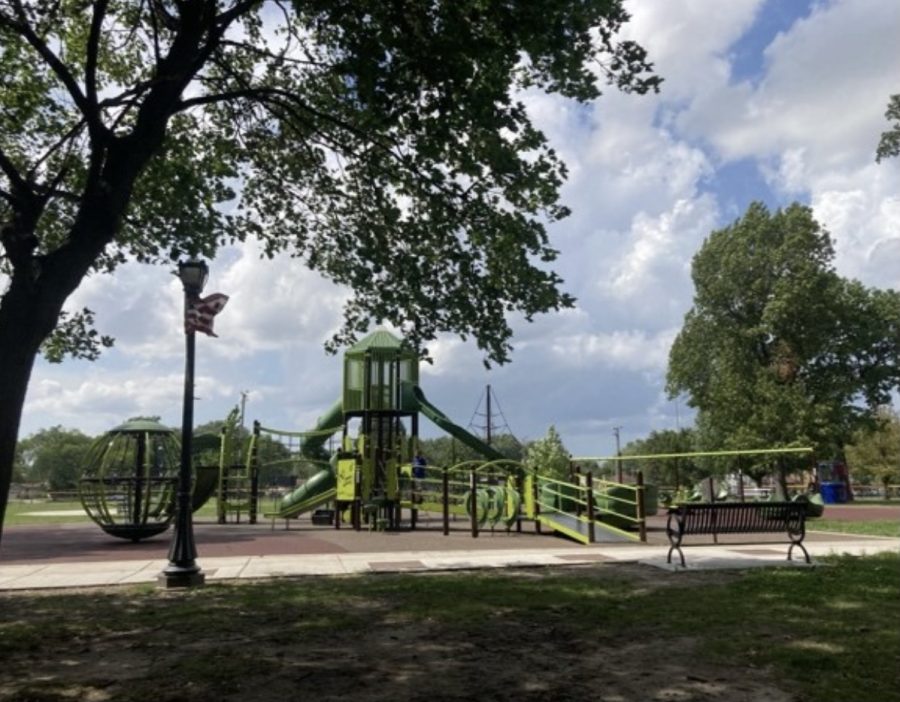 Griffith has a lot of things but there is one thing that brings this whole town together. That place is Central Park! Central Park is one of the main reasons people come to Griffith! There are many things that attract people to the park including the pavilion, playground, or the events that are held there. Many kids, from infants to teenagers, like to hang out at the park. Teenagers usually go there to hangout with their friends! “I love going to Central Park! I go to see my friends and to skateboard,” said one student that was hanging out at the park. Many young ones go there to play at the park, and even to make new friends!
Another reason may people like to go to Central Park is the Friday Fest, also known as Central Market. This festival comes during the warmer months. Many of the Griffith residents gather with family and friends to watch the local bands and to eat the delicious food. You can always find a wide variety of food trucks, local business, and crafters at the park on any given Friday night.

Lulu’s Licks/Sizzle Box has a large variety of foods and drinks! Boba/bubble tea is one of the main reasons people come to them. They are also known for their Korean Ribeye Sandwiches.Another place that you might see when going to the Friday Fest is Earthling Bee Co. They are a family business from Griffith, Indiana and have been in business for about two years. They are known for their Wildflower Honey. Many people love the honey and that they can get it for such a small price.  Naturally Jack’s is a well-known dog treat place. They make homemade dog treats and make an average of $600 per year. They have become the quickest growing market in Northwest Indiana. They create more than just dog treats. They also create anything for a dog buffet! The vision behind this company was started for their dog Jack and other dogs around the country. If you haven’t been to Friday Fest, stop by on and check out these restaurants or even go see one of the local bands.